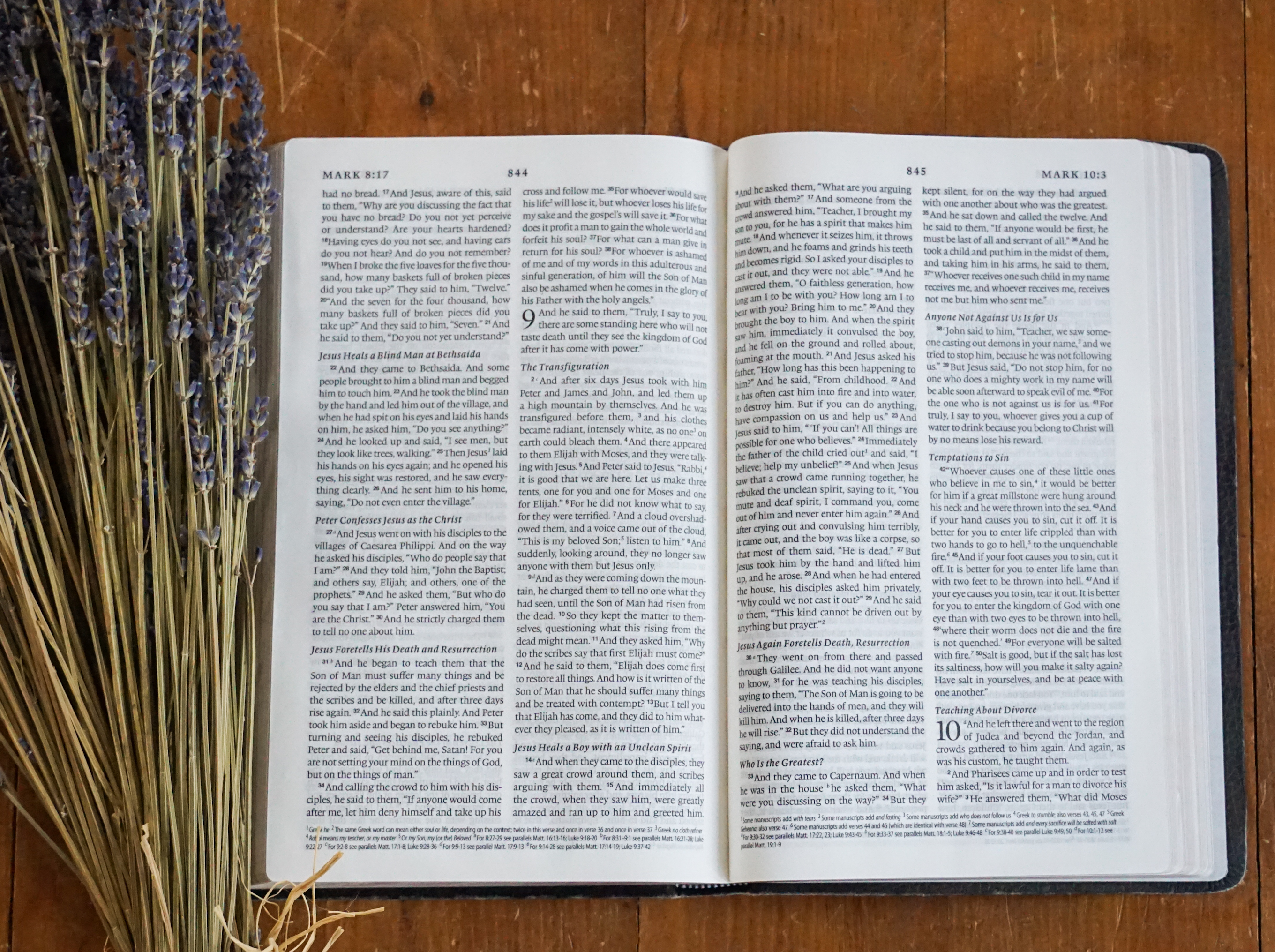 I am the oldest of four children. My grandmother gave me a shirt for Christmas that says, “I’m the Oldest – I Make the Rules.” Growing up, my mother describes me as being ultra responsible, but I was also ultra-controlling. My younger siblings rarely had to respond to a question because I was always there to answer for them. When we played a game, I was in charge of delegation. When we watched a movie, I decided which one. When we reenacted our favorite scenes, I assigned roles. I was very good at controlling things.

Flash forward to my early twenties and my desire to control things had followed me through my teens and into young adulthood. Mind you, my controlling ways were subtle – I was also a people pleaser, so I carefully navigated my desire to control around my desire for people to like me, but it was an ever-present struggle in my heart. My understanding of my desire to control is something that has been revealed to me in the last few years; it was not something I was always aware of. But as my relationship with God has grown, I have become more aware of this particular sin in my life and how it has played out through multiple circumstances.

As Pastor Barry reflected in his sermon on Mark 8:27-9:1, you must go down to go up. One of the circumstances that revealed my desire to control occurred when my relationship with God first began. I shared my testimony with our church last November and I mentioned that several years ago, I went through a period of rebellion against God. I’m not sure I would have called it that when it was happening, but after spending time in reflection, I believe that to be the case. Part of my rebellion was entering into a relationship that was neither healthy nor Godly. When God began to work in my heart and draw me closer to Him, I was still in this particular relationship. As my walk with God deepened, I began to hear this idea that my relationship with God should be the most important relationship in my life. At first, I was taken aback. Surely, it was an exaggeration. But as I continued to hear this phrase reiterated, I felt condemned because I knew that this was not the case in my life. As it was, my relationship with my boyfriend was above and beyond, the most important relationship in my life. And the Lord convicted me of this. I knew He was calling me to surrender.

I fought this for a while. As I mentioned before, up until this point I had lived my life as the one ruling and making decisions for myself. I did not like the idea of surrendering my relationship, my most valued treasure, to the Lord. But God had already begun a work in me and eventually, I yielded my relationship to Him. I confessed to God that I had been convicted of this sin. I told Him that I didn’t know what it would look like to have my relationship with Him be the most important relationship in my life, but I asked Him to show me and guide me towards that. Within two weeks, my relationship unexpectedly ended with the other person walking out of my life, never to be heard from again.

You must go down to go up. If I had known how God would answer my prayer, I’m not sure I would have prayed it. But thankfully, it is God who knows all things, and not me. Although the initial loss of that relationship seemed greater than any loss I had experienced up until this, it was through the severing of that relationship that God revealed His love for me in His pursuit of my heart. God wasn’t satisfied with the number 2 position I had reserved for Him in my life. He wanted more. He pursued me, convicted me and answered my prayer, so that I would know the fullness of a truly intimate relationship with Him that reigned supreme in my heart.

In Mark 8:34-35, Jesus says: “If anyone would come after me, let him deny himself and take up his cross and follow me. For whoever would save his life will lose it, but whoever loses his life for my sake and the gospel's will save it.” Jesus isn’t asking us to deny ourselves because He wants us to be miserable or unhappy; He is calling us to something greater than we could possibly imagine. In order to experience the inexpressible blessing of knowing Christ, we must surrender ourselves to Him and His will. In order for Him to be present in our lives and show us His love and comfort, we must surrender ourselves to Him. Dear brothers and sisters, I know this is not easy. In my pain and loss, I doubted what God was doing. But after years of walking closer with Him, I understand how He was working in and through that situation when I couldn’t see it. There have been multiple times in my life when I have needed to surrender to the Lord. And I can’t think of an instance when I yielded control willingly. We are born with a desire to control; to be the rulers of our own lives. But releasing that control and trusting God by surrendering to Him enables Him to work in ways that we can’t possibly imagine. Will you trust Him with your life today by surrendering your heart to Him? He is trustworthy. He is good. And He desires to show you His love through your surrender.