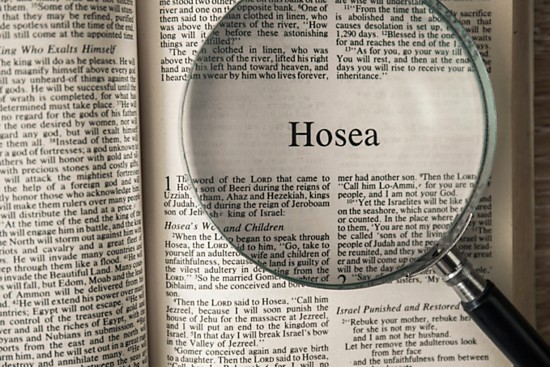 My mom returned from a trip to Hobby Lobby the other day with a bag in her hand, which she set on the kitchen counter before turning to me. “I have something for you,” she said with a smile. Then she reached inside the bag and pulled out a paperback copy of the book Redeeming Love by Francine Rivers.

Taking it from her, I could feel doubt pressing at me. I’d seen more negative than positive reviews for the book and consequently wasn’t sure if it would fit my standard reading criteria or if it was right for my age. Mom urged me to give it a try, however, and that, combined with my susceptibility for new books, won out in the end. I had the four hundred-plus page novel finished in less than two days, and I found it to be a very powerful story all about—you guessed it—love. But not just any kind of love. To briefly summarize:

Angel, the main character, was a prostitute who made her living by selling her body to men. She was broken, hurting, and alone, sure that freedom and true love were myths made up to taunt her. But then Michael Hosea entered the scene, and everything changed. He felt God calling him to marry Angel, and he obeyed, despite being only slightly aware of all that this single act of obedience would cost him. Angel rebelled against him and ran away from him three times. Once, she went back to her old way of living and Michael caught her in the act of adultery. A tragic event from her childhood left Angel unable to become pregnant. Yet even so, Michael remembered his vows and he loved her. He wasn’t willing to consummate their marriage until he knew sex meant more to her than just work. He chased after her when she left and assured her that her past didn’t have to define her. Meanwhile, Angel was afraid of the love Michael had for her and the love she was beginning to develop towards him. All the men she’d previously known had wanted only to use her, but Michael was so radically different. She told herself she was not worthy of him. As such, up until the conclusion of the book, she was sure she could never be enough for Michael. Her heart was closed off to the truth, and that made her want to flee.

Yes, Redeeming Love is a fictional book (inspired by the Book of Hosea), but as Pastor Noll preached this past Sunday, I couldn’t help but draw parallels between this fictional story and reality.

We are all, in a sense, prostitutes. Christ is our bridegroom, but we are often not faithful to Him. We go after other things and other people we think will fill us up. We know we’re not worthy of Christ and never will be, but the lies seep in that tell us we should be worthy, if only we worked a little harder, ate a little less . . . whatever it takes to make us worthy by our own merits.

In his message, Pastor Noll dwelt on God’s unconditional love for us that’s not based off anything we have done, are doing, or will do, but simply because of grace. This love beckons to each one of us; we’re called to embrace and live in it. But sadly, whether we realize it or not, we sometimes want only to run from it and figure out a way to be righteous on our own.

In the fictional book, when Angel did something wrong, she tried to make penance for it by doing right things, and Michael, knowing her reasons, detested it. Likewise, in reality, we might be inclined to do good works simply because we think we have to in order to get back into God’s favor after we’ve messed up. But God doesn’t want our works to be a way of earning His love; rather, He wants them to come as an overflow from His grace poured out on us. Our God is a just and personal God who does not overlook the work we do in His Name, provided it’s done through the right heart attitude (Hebrews 6:10).

It’s encouraging to me that, as Pastor Noll pointed out, God’s love is not subjective, but objective. My parents once reminded my siblings and me that they love us for no other reason except that we’re their children. That won’t ever change, no matter what we say or do, and it’s the same with God. We’ve been adopted by His blood. There is nothing loveable in us except that which is found in Him. Our lives are hidden in Christ (Colossians 3:3), our robes made white “in the blood of the Lamb” (Revelation 7:14).

Spiritually, I’ve been broken, healed, broken again, unfaithful then faithful . . . and yet through it all, so dearly loved. Pastor Noll hit me hard when he said that God loved us when we were sinners, and He continues to love us while we are still sinners. This is to stay true to His character, for, in spite of our own changing seasons, "Jesus Christ is the same yesterday and today and forever" (Hebrews 13:8).

One of my favorite lines from Redeeming Love was when Angel told Michael she wished she was whole for him. He answered by saying, “I love you.” Just as she was. Scarred. Imperfect.

Take heart, friends—we are loved by a God who will do nothing less than love us perfectly.